This is a found object, from Banstead Wood, Surrey. It is made of flint, has a central hole and several angular points. So far the object has only been seen by a lithics specialist in photograph and not in person – the verdict given was natural. 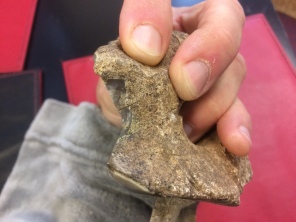 I can’t find myself in agreement with their verdict. The stone fits on the hand like a glove. 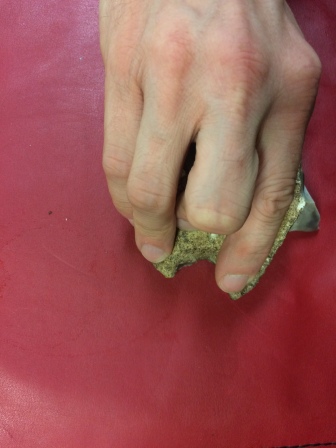 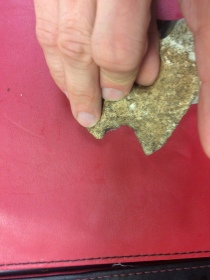 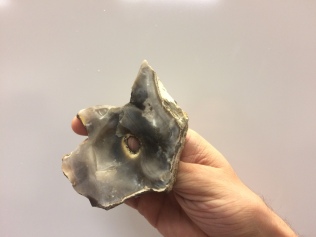 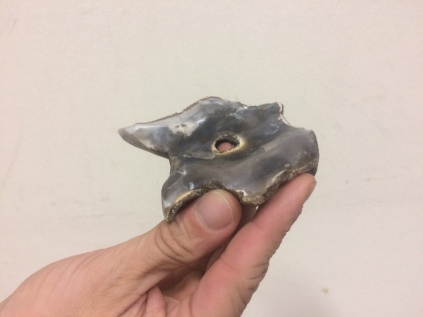 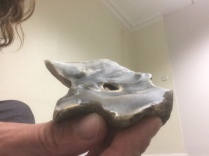 It is undeniable to me that this object was used over a long time period, by several people, perhaps a family heir loom. It is not a work tool, the position it takes on the hand is not suitable for work, therefore it is a ritual item. 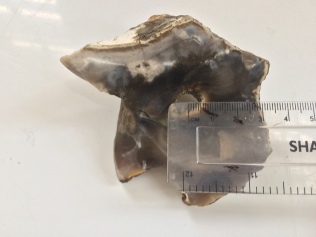 It has a near level right-angle cut into it 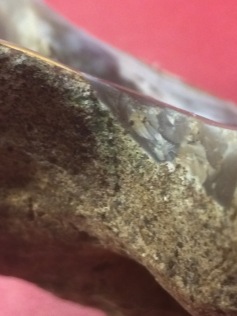 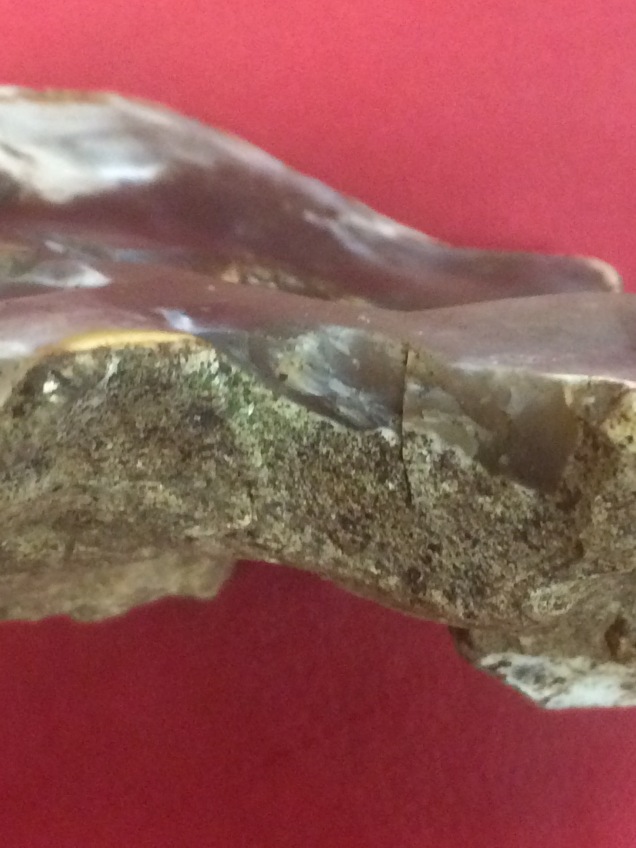 When sat on its front position and a straight stick is placed through the hole, it produces an angle of 51degrees. The object was found at latitude 51N. 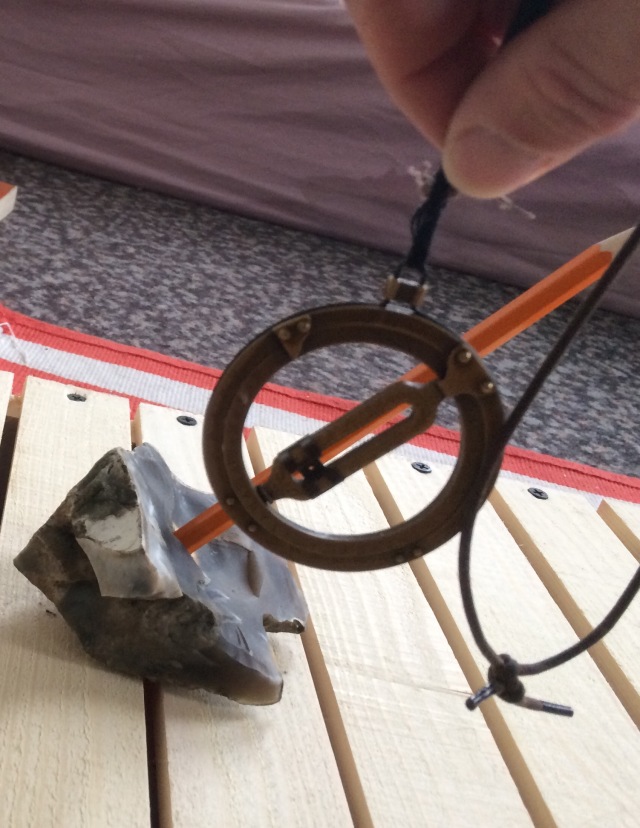 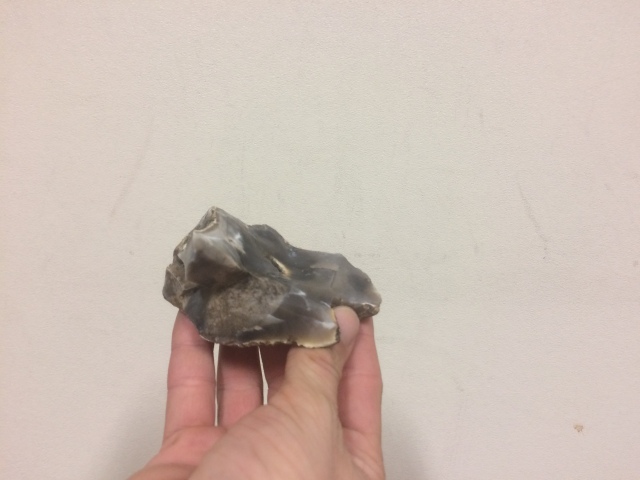 Used outside the wearer faces south, with the right arm extended in front of them, the flint object will be facing north, the wearer will be stood north of the object and will then never cast shadow on it. In this position the face of the object can be seen easily.

Outside it becomes a sundial 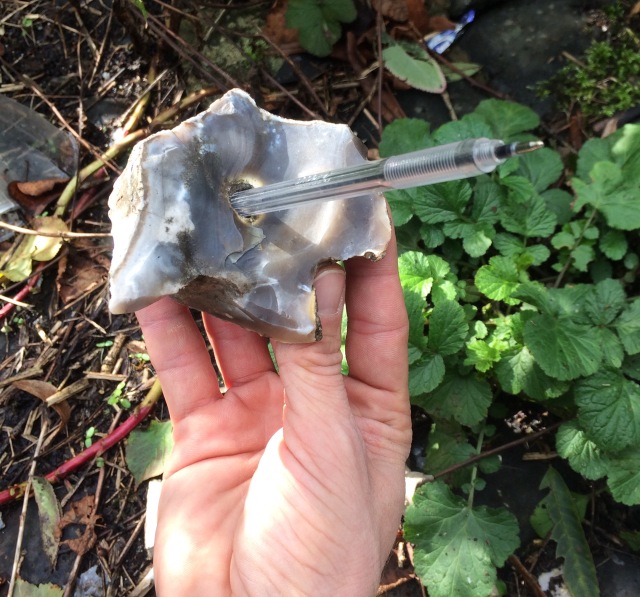 This object was perhaps used in a ritual tradition centred around life/death/time or simply as a navigational tool. When tilted back to its rear position it can produce an angle of roughly 58degrees, Orkney Isles. This object could have been used to travel up and down the British Isles, and/or coordinate journeys between settlements.

There are other flint sundials that have been found in Leicestershire, UK and those items have been dated to between 10,000-4000bc. The dating for the above object is unknown. If any one would like to get in touch over this object please don’t hesitate to do so

About The Great Circle

Independent Researcher
View all posts by The Great Circle →
This entry was posted in Uncategorized. Bookmark the permalink.